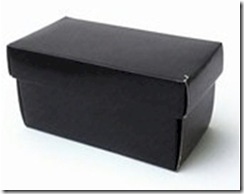 We are entering the New Dark Ages. The ‘darkness’ of our age is the dark hue of ‘black’ in the ‘black box’ that most technology has become in our lives.

A long time ago, the world and universe was the mysterious entity governed by unseen and barely fathomed spirits and deities. After centuries of slowly unravelling these mysteries, now these revealed truths are getting buried again by the weight of their own abundance. Now the common objects of our lives – phones, computers, cars – are just as mysterious as the rivers, trees and clouds of a bygone age.

More and more knowledge in the whole, leads to less and less understanding in the individual. Until we embrace this paradoxical failure, we will be increasingly subject to its costs…part 2 next entry.