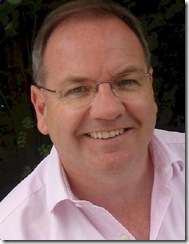 Last night I said goodbye to one of my closest friends, Pat Corbett. In the only way he would ever condone…with a roaring party filled with music, dance, food, drink and the finest collection of people you would ever meet.

Pat would never whinge or be down in spirit even during his 5 month battle with cancer. Likewise, he wouldn’t have had anyone feeling down on the big day celebrating his life at the end. That spirit inspired an evening of never ending streams of humorous stories where one wasn’t sure whether the tears streaming were from laughter or crying.

Pat was an artist; he was a multi-talented musician who loved informal sing-songs around the piano as much as lively Irish music sessions. And he was a master in the real ‘art’ of selling – connecting with people, solving their problems, overcoming their concerns and building long-lasting relationships. Both of us being in the world of software selling, we traded many stories over beers and I always stood in awe of his natural facility for untangling the most intractable sales situation and turning it into at least a humorous anecdote, but more typically into a multi-million dollar deal.

Last night, his manager of 17 years at Pegasystems recounted many of these stories. He concluded by announcing that in honour of Pat, the company had held a worldwide online memorial event attended by thousands. In addition, they were naming their brand new training facility after him, as well as naming the two main conference rooms after his manta – “Suscito” and “Perago”. Pat mastered many facets of selling, but he was at his peak when he was presenting. And his mantra for all presentations was ‘Excite or Disturb’.

These words hit me as another manifestation of the balance between Leadership and Management. Leaders excite, Managers disturb. Leaders excite people to the bold possibilities. Managers disturb people with the bothersome possibilities. As I’ve recounted here many times, finding someone who can ‘hit both ways’ in both Leadership and Management is a rare individual. And that was Pat…a rare individual.