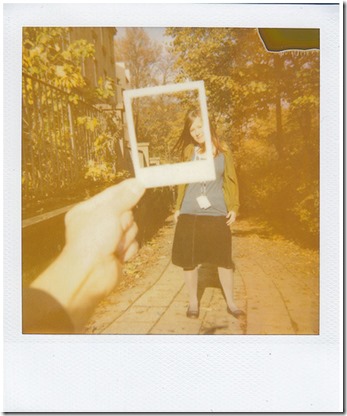 Our daughter has long been an avid devotee of Polaroid snaps. Photographically inferior in every way to a normal photograph – fidelity, saturation, durability, reproducibility, expense. But all of these small failures produce a gritty, raw feel to the moment they are capturing.

As it happens, the Polaroid organization didn’t quite embrace failure as much as its devotees did which provides a cautionary tale “What Kodak could still learn from Polaroid”…

May embracing failure be a snap for you today. Here’s some inspirations for you from Michael Raso’s collection of Polaroid “failures” titled “Sometimes, Failure can be Beautiful”.