Now that the Paralympics are over and I reflect back on my favourite parts, one was definitely the show that aired every night once the Paralympics were over for the day – Adam Hill’s ‘The Last Leg’ (see below). What made it distinctive among other coverage of all the Olympics was humour. Adam Hill, the host, is an Australian comedian…with one leg.

On the heels of some comedic controversy around UK comic Frankie Boyle’s embrace of the Paralympics with a barrage of jokes on his Twitter stream, Channel 4’s Paralympic blogger James Ballardie posted “Is it OK to laugh at the Paralympics?”

As a transplanted American on UK soil, one of the things you soon learn is that you are not fully respected or loved until your friends are ‘taking the piss’ out of you. And that’s what Adam and his couch colleagues and guests did every evening to the Paralympians. And the athletes applauded it. The US Wheelchair Rugby team notoriously broke curfew every evening to tune in. Humour is a difficult art in the most normal of times, but this domain was, like the Paras themselves, a good deal extra challenging.

In fact, if you have any questions about the PC propriety of any jests, then you might check out Hill’s hashtag #isitok. People would tweet in with not only jokes asking if they were appropriate, but also simple, everyday questions about disabilities like “#isitok to high five someone without a hand?’ and ‘#isitok to say to ‘see you soon’ to a blind person?’

BBC World Tonight even covered the issue and the Channel 4 show itself in its own piece “Is it ok to make jokes about the Paralympics?” which includes a superb 6 minute audiocast featuring some of the Adam Hill jokes like “Is it okay to suggest Premiereship footballers get taken to the Parafootball and get told ‘Now, that’s a f*cking injury!’?” . 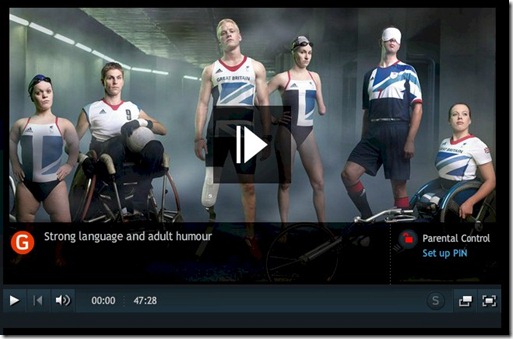